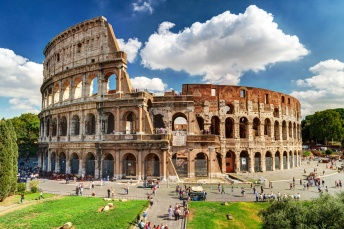 When many of us were in school, we were taught that the Roman Empire fell, because it was overrun by barbarians from the north. Partly right, but only partly. Consider the constellation of conditions that existed at the time. Compare them with America today. The resemblance is inescapable and alarming:

Living for self (Humanism, liberalism, progressivism, Marxism, etc.) always leads to the decline of civilizations and ultimate ruin. Living for others (Judeo-Christian tradition, religious and political conservatism) creates a stable culture that can be passed on to subsequent generations. What are YOU willing to do to save America?

What does it take to wake-up the body of believers?

What does it take to wake-up the clergy?