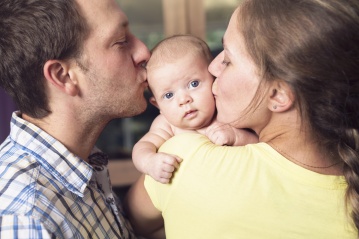 The genius of the traditional family created by God, and supported by virtually every civilization throughout the 6,000 years of recorded history, rests on a foundation of an irrevocable, complementary and wholly pervasive partnership between a man and a woman (marriage), which is unique and impregnable. “…a man [shall] leave father and mother and shall cleave to his wife; and they twain shall be one flesh…” [Matthew 19:5-6 KJV] “What therefore God hath joined together, let not man put asunder.” (non-optional) [Matthew 19:6; Mark 10:9 Romans 12:2] “…let each esteem other better than themselves.” [Philippians 2:3 KJV] Pride goeth before destruction and an haughty spirit before a fall.” [Proverbs 16:18 KJV] “Self-love [pride] . . . is the sole antagonist of virtue, leading us constantly by our propensities to self-gratification in violation of our moral duties to others.” Thomas Jefferson

The headship of the husband functions only to the extent of his wife’s support even when he makes a wrong decision, e.g. ill-advised investment, for which the entire family may suffer the consequences. The shared sacrifice strengthens the family.

The cohesiveness of the marriage increases as the man and woman continually defer to each other through routine expressions of humility, forgiveness, mercy, longsuffering, and a servant’s spirit. Pride is regularly sacrificed as each grows in the character of God. Collectively, the love and solidarity of the parents is a model for building character in the children. Character is more caught than taught.

The MIRACLE of God’s Family Child

When a child is conceived, he/she is endowed by the Creator with a new eternal soul; after an earthly life, the individual’s soul is transported to Heaven, if God’s saving grace has been accepted or is eternally lost to Hell, if God has been rejected. A mother’s highest calling is to introduce that soul (child) to the universe.

The child—often called a miracle of God—arrives knowing nothing except what he/she is taught by the parents, primarily the mother. The child’s lifetime ability to enjoy the fullness of the human experience is largely dependent on that maternal introduction, during childhood. When the mother is substantially absent, the child has little opportunity to soulfully learn the anchor-like virtues which would otherwise establish a lifelong pattern of godly decisions.

Putting a child in a day care center is a bit like putting a dog in a kennel; both are for selfish reasons. If you react negatively to that statement, perhaps reading on will soften the blow. Note that a home schooler can learn in an hour or so as much as another child can learn in a whole day at public school. Imagine the impact of a full-time mother!

Further, the parent’s influence, especially that of the mother, extends through the generations of grandchildren, great-grandchildren, and great-great-grandchildren. Consider the positive and negative impacts of Dad and Mom’s influence. “But from everlasting to everlasting the Lord’s love is with those who fear him and his righteousness with their children’s children with those who keep his covenant and remember to obey his precepts [Psalms 103:17 NIV]”and “…he punishes the children and their children for the sins of the fathers to the third and fourth generation [Exodus 34:7b NIV].”

In addition, the richness of the life experience is dependent on establishing a continuing pattern of godly choices. “Be careful to obey all these regulations I am giving you, so that it may always go well with you and your children after you, because you will be doing what is good and right in the eyes of the Lord your God [Deuteronomy 12:28 NIV].”

2 thoughts on “Big Guns are Aimed at YOUR FAMILY! Will It Survive? (Part 4C)”