These fundamental objects of the constitution are in perfect harmony with the revealed objects of the Christian religion. Union, justice, peace, the general welfare, and the blessings of civil and religious liberty, are the objects of Christianity and always secured under its practical and beneficent reign.” 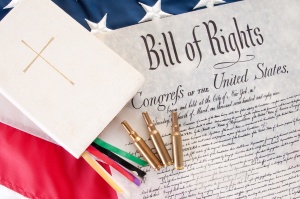 “The state must rest upon the basis of religion, and it must preserve this basis, or itself must fall. But the support which religion gives to the state will obviously cease the moment religion loses it hold upon the popular mind. The very fact that the state must have religion as a support for its own authority demands that some means for teaching religion be employed. Better for it to give up all other instruction than that religion should be disregarded in its schools. The state itself has a more vital interest in this continued influence of religion over its citizens than in their culture in any other respect.” Benjamin Franklin Morris (1864)