How many people do YOU know who are truly forgiving? When confronted, many groups responded as before with puzzled looks as individuals struggled to identify even one such person within his/her circle of relationships. 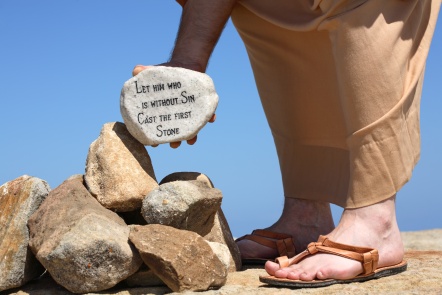 In 2006, the Pennsylvania Amish, regarded by many as a bit strange because of their apparent “old fashioned” lifestyle, gave the world an extraordinary lesson in forgiveness. A gunman from a religious home invaded a small Amish schoolhouse shooting ten young girls. Five girls died from the wounds.

At the end of the rampage, the gunman committed suicide. His suicide left behind a widow and his two young children. Despite the horrendous nature of the tragedy, the leaders of the Amish church appeared at the gunman’s home within hours to comfort the gunman’s family and offer their help to the widow in any way she wished. Later the Amish people attended the gunman’s funeral; his widow was invited to attend the Amish funerals. The experience evoked numerous other stories of extraordinary forgiveness.

Many people, including those with a strong faith in God, were astonished at the quickness, generosity, and extent of the Amish people’s forgiveness of the gunman who committed such an unspeakable atrocity. Why did it happen?

Forgiveness is soulfully embedded in the Amish culture. After all, the model prayer, often called The Lord’s Prayer, says in part, “…Forgive us our debts (trespasses), as we also have forgiven our debtors (those who trespass against us)…” [Matthew 6:12 NIV] The passage immediately following the prayer indicates that, “For if you forgive men when they sin against you, your heavenly Father will also forgive you. But if you do not forgive men their sins, your Father will not forgive your sins.” [Matthew 6:14-15 NIV]

It is the only part of the prayer that is immediately reinforced. It is as if the Lord is saying even if you miss everything else be sure to get the forgiveness thing right. If forgiveness is so important, are many of the rest of us in our Judeo-Christian culture missing something? Those seemingly strange Pennsylvania folks who insist on horse-and-buggy transportation and avoiding modern technology have given the rest of us a truly powerful lesson in forgiveness. What do YOU think? Does YOUR life match their forgiveness? Why not?

2 thoughts on “Are YOU truly forgiving? Why not?”