Higher education during the Middle Ages was no joke. It was intense perhaps at times even brutal. But it developed the wholeness of a person to be humble before God and to be a positive influence on others. For example, before beginning higher education at Oxford University, Richard of Wallingford (1292-1336) was expected to have mastered reading, writing, and speaking Latin. Throughout a three to four year journey to a bachelor of arts degree Richard was required to master the trivium (first three of the seven liberal arts), i.e. grammar, dialectic (logic), and rhetoric. The grammar was a particularly rigorous style of Latin. Dialectic was very advanced logic. Rhetoric included polished oratory, learning to construct arguments and the correct form for writing letters.35 Bachelor’s level, courses taught: 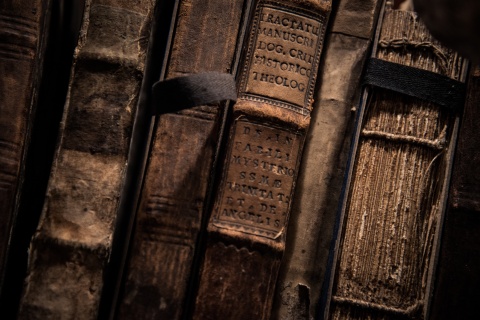 Graduation required passing an aggressive oral exam and submission of a certificate of good character and morals. The process educated the whole person for the purpose of being a better person and a positive role model for others, goals largely unknown in modern schools, lost in the intellectual overemphasis on a career-building academics.

Becoming a master of the arts required another three years of intense study during which Richard would learn the last four of the seven liberal arts known as the quadrivium, the mathematics component. They included arithmetic, geometry, music, and astronomy. In addition, he would learn the three branches of philosophy—natural philosophy (intellectual), ethics (emotional), and metaphysics (spiritual).36 Far beyond basic calculations, arithmetic of the time included algebra and theoretical mathematics, a broad term that included a study of prime numbers and perfect numbers. Today, the discipline is more often referred to as number theory. Geometry included an in-depth study of the massive works of Euclid. Music had little to do with learning music performance. Instead, students focused on the theory of harmony and an “appreciation of the rhythms of the universe.” 37 The study of astronomy was equally rigorous, despite the erroneous notion that the earth was the center of the solar system and all other bodies orbited around the earth. The educational process was extremely rigorous. Nothing about it would support the claim that this was the “Dark Ages.”

Moving forward, the holistic educational process integrated knowledge, morals, and religion continually through the earliest American settlements and the founding of the United States until just the last few decades. Major universities, including most of those known today as Ivy League schools were founded to prepare young people for the ministry. Harvard University proudly proclaimed, “Let every student be plainly instructed and…consider well, the main end of his life and studies is to know God…” and required students to read the Scriptures twice a day. Yale University proclaimed, “Above all, have an eye to the great end of all your studies, which is to obtain the clearest conceptions of Divine things and to lead you to a saving knowledge of God…” and required all scholars to “…live a religious and blameless life according to the rules of God’s Word…” Princeton University required every student to attend daily morning and evening worship. What do you think?