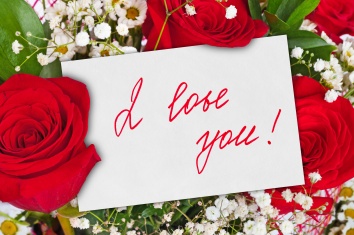 God’s love letter—the Bible—contains everything necessary to assure the richest possible human experience. However, simple intellectual knowledge of the Bible is seldom sufficient to change a life to the extent necessary to experience the full richness of life that God intended. A life-changing experience tends to arise when intellectual knowledge expands to include emotional and spiritual knowledge deeply embedded within the soul. The movement of the wholeness of knowledge from the head to the soul arises from growing interpersonal relationships and frequent, active, and conscious choices to serve the needs of others, sacrificing the desires of self along the way. Knowledge embedded in the soul creates the drive to do right and grow in godly character. Soulful knowledge evokes motivation; head knowledge is merely stored.

However, godly growth—the movement of the fragmented head knowledge to the wholeness of the soul—is inhibited by intense cultural peer pressure. Like everyone else, Jews and Christians are endlessly bombarded by the lures of materialism, self-indulgence, and boundaryless sex, which virtually always come at the expense of others. The lures are so intense and unrelenting that they facilitate compromises in honesty, integrity, and other important character values. The lack of values has become a new norm in the mainstream culture and a persistent temptation within what remains of the Judeo-Christian culture. So many believers have at least tacitly moved from a sense of temptation to the new norm of lost or compromised values that statistically there is no difference in the tragic rates of divorce and abortion between believers and unbelievers, including atheists and agnostics.

No one wakes up in the morning stretching, rubbing the sleep out of his or her eyes thinking, “What a beautiful day; what a great day to go out and sin!” Compromises to values, patterns of poor behavior, and a drift away from God progressively result from extremely small, barely inappropriate, seemingly inconsequential decisions that accumulate over days, weeks, months, and years. The gradual erosion of values is ultimately passed from generation to generation. The end game is that the American culture and the great American experiment in self-rule are in grave jeopardy, because Judeo-Christian believers have become compromised followers, rather than principled leaders. The cultural pressures are so great that believers are unlikely to mature and grow in character without making regular, conscious, deliberate decisions to serve the needs of others, beginning with the family and working outwards. In an expanded sense, the price of spiritual apathy is extremely high here and may cause many people to miss out on eternity with God later.

The Judeo-Christian culture is a subset of the national culture. From the founding of the United States through the first 150 years, the Christian culture and Judeo-Christian tradition dominated the national culture. Regardless of whether or not specific individuals or groups were “believers,” the culture was driven by the national “soul,” which was steeped in Judeo-Christian tradition. But in recent decades major demographic changes along with the steady erosion of morals and traditional standards of behavior have resulted in a shrinking proportion of loving devout believers in the American culture wielding diminishing influence. The United States simply cannot survive continued massive assaults on Christianity, the family, the Constitution, and the free enterprise economic system. Founder John Adams thoughtfully commented:

We have no government armed with power capable of contending with human passions unbridled by morality and religion. Avarice, ambition, revenge, or gallantry, would break the strongest cords of our Constitution as a whale goes through a net. Our Constitution was made only for a moral and religious people. It is wholly inadequate to the government of any other.

Several years ago a protestant pastor was heard commenting that, “Christians no longer have a culture.” They have been largely assimilated by the secularized national culture. Similarly, in an interview, the Catholic Pope Benedict was asked to identify the greatest challenge facing the church today. His reply was that the greatest challenge facing the church today is the secularization of the church, a response remarkably similar to the pastor’s comment. What do you think?

6 thoughts on “Have You Ever Received a Love Letter from God?”