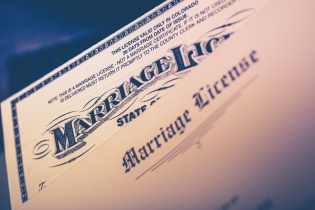 Diversity! Diversity! Diversity! It’s everywhere; it’s proclaimed incessantly by the media; it’s embedded in many textbooks and taught as axiomatic throughout the educational system; it’s treated with Humanistic reverence by politicians. Diversity is the buzzword and allegedly one of the most important cultural goals of our time.

In truth, it is a powerful liberal/progressive/Humanistic weapon designed to convert America’s beautiful Judeo-Christian culture into a chaotic scrambled eggs-like mass of languages and customs that can be easily controlled by the globalist elite. Break the American culture by breaking the whole into an infinite number of parts that are easily scrambled and easily subdued.

Celebrate the differences, they said. Yet, there is one glaring exception to the insane diversity craze.

For decades, the same groups championing diversity without substance have loudly proclaimed that there is no difference between a man and woman except for a few pieces of external plumbing. Men and woman were regarded as interchangeable. A single parent was all that was necessary for a “family.” The God of the Bible was replaced by the god of government.

The attacks on the traditional American family have been brutal and relentless. The attacks are an essential part of the liberal/progressive/Humanist strategy of breaking the culture to facilitate a fundamental transformation from a democracy to a socialist state. The results have been so disastrous that they have become conspicuously clear to most people.

Celebrate the sameness, they said. But, the simple and relentless proclamation of no difference between a man and a woman is no longer sufficient. The differences are far too obvious. Then came Plan B. Instead of simply proclaiming sameness, they sought to smear the obvious differences.

God, it seems, can be overruled by a single selfish, self-serving statement of feelings. Humanist surgeons are all too happy to rearrange the external plumbing to accommodate perceived sexual “feelings.”

Further confusion is facilitated by emerging concepts such as gender and species-fluidity. Someone may identify as a man today, a woman tomorrow, a four-year old child the third day, and cocker spaniel on the fourth day. Watch out for the self-identified rabbits! That should slow down the body-mutilating surgeons a bit. Consider just two absurd examples.

Canadian Lauren Southern is clearly all woman. As an underground reporter, she exposes how easy it is to convince a doctor to certify that she’s a man. Using the doctor’s letter, she visits a government agency and obtains a government ID card legally declaring that she’s a man. Finally, Lauren exposes the disastrous cultural repercussions of such idiocy. Refer to “Lauren Southern Becomes a Man”  https://www.youtube.com/watch?v=gGpZSefYvwM Know in advance that there is a little bit of course language in the opening seconds of the video.

Lauren quickly observes that this diversity madness forces society to give up its sense of honesty, objectivity, and respect for facts. Reality is replaced by a “toxic hedonism” that celebrates feelings over objective honesty.

The second illustration is provide by the Family Policy Institute of Washington (FPIW) who visited Seattle University. In a series of interviews, the university students were genuinely unable to explain one of the most obvious facts of human existence, the difference between male and female. Statistically, at least a few of them must have been Judeo-Christian believers. Refer to “College Kids Say the Darndest Things on Gender,” https://video.search.yahoo.com/search/video?fr=robo&p=YouTube+University+of+Seattle+male+v+female+interviews#id=1&vid=0b8857b4d833e74925f211394d5fed8a&action=click

Tragically, many Judeo-Christian believers have bought in to this insanity.

The problems incited by all the cultural lunacy are numerous, huge, and devastating. For now, consider just one. Each of us carries between 50 trillion and 100 trillion cells in our body. Each cell contains a nucleus, within which resides a strand of DNA that loudly and unambiguously proclaims the YOU are either a man or a woman. Nearly 100 trillion witnesses “take the stand” certifying that you are either a man or a woman. That binary distinction is clear, unarguable, and permanent. Feelings or identity does not change this simple conspicuously obvious biological fact.

It is astonishing how easily the public, including, believers, accepts the sheer idiocy of no difference or alternatively an unbroken spectrum of sexual “identities.”

If God made YOU a man that is awesome; if He made YOU a woman that is incredible. Be excited, thankful, and humbled by the God that created YOU as one sex or the other. Either way, you have an important and powerful role in the family of God and in your own home family. Celebrate the differences between a man and a woman, as God created them.

The next blog will explore the magnificent differences between a man and a woman.

4 thoughts on “Diversity Madness and Matrimony”